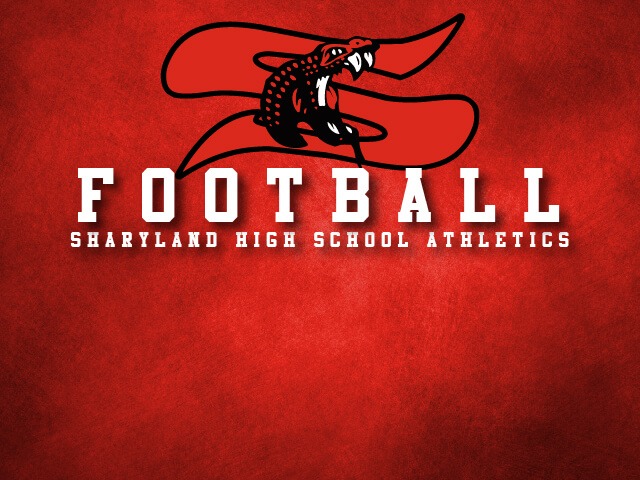 The Sharyland Rattlers scored on five of their six first half possessions to jump out to a 36-3 halftime lead in an eventual 43-3 victory over Roma tonight to improve to 4-2 on the year and, more importantly, 2-0 in District 16-5A Div. II play.

Quarterback Benji Valdivia led the Rattlers on scoring drives of 31, 71, 67, 43 and 47 yards utilizing a variety of receivers and runners to build the big lead at the break.

The Rattlers got three touchdown throws from Valdivia in the first half, two to Daniel Pena and another to Robert Mancha. Valdivia scored himself on a short touchdown run as did Kevin Chavez. Valdivia completed a 2 pt. conversion to Lupe Trevino after his run.

By halftime, Valdivia had completed passes to six different receivers while he and four different runners recorded yardage for the offense.

The Rattlers defense did damage of their own, stopping the Gladiators on five of their first half possessions, two with interceptions from Sebastian Hinojosa and Jonathan Alaniz.

Andres Bonilla closed out the scoring with a short touchdown run on the Rattlers opening drive of the second half. For the night, kicker Kali Nguma converted all five of his extra point attempts.

The Rattlers forced two more Roma turnovers in the second half, getting a fumble recovery from Trevino and an interception from John Saldana to keep the Gladiators from getting back into the game.

Valdivia said the performance was something the team had spent the week preparing for.

“Coach Adame told us going into this week we really needed to stay true to our game,” said Valdivia. “Making sure we perfect all our plays. We wanted to give our home crowd the first home win (of the year) and we got it.”

Adame liked what he saw from his team. “As a coach you always have that goal of scoring on every possession but we’ll take five out of six any day,” said Adame. “Defensively we were able to keep them out of the end zone so that’s always a key.”

The Rattler defense came pretty close to doing just that. With the exception of the drive that lead to the Gladiators field goal, the Rattlers held the Roma offense to no more than five plays on each of their other five possessions in the decisive first half.

The win sets up another big game for Sharyland next week, on the road to face Edcouch-Elsa Friday.

“We are hoping we build off this momentum that we’ve established the past two weeks because we are heading into the heavyweights of our district, but no game is bigger than our next one,” said Adame. “We are... Click here to read full article